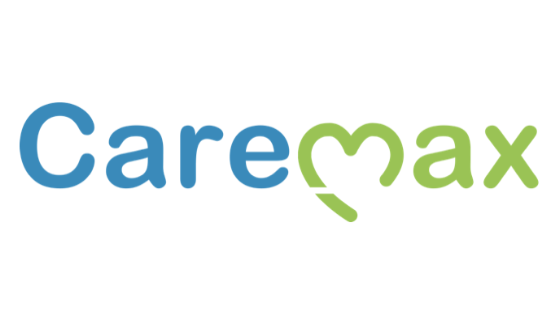 “Their knowledge, insight and experience will be invaluable as we begin this period of transformation and continue our growth and evolution as a provider of senior-focused value-based care and chronic disease management in Florida and across the United States.”Tweet this

The combined company, which has been renamed CareMax, Inc. (“CareMax”), expects that its Class A common stock and public warrants will commence trading on the Nasdaq Global Select Market under the new trading symbols “CMAX” and “CMAXW”, respectively, starting on Wednesday, June 9, 2021.

“On behalf of the team at DFHT and Deerfield, I am very pleased to announce the closing of this business combination,” said Richard Barasch, who will serve as Executive Chairman of CareMax. “The CareMax team has created a foundational senior-focused healthcare delivery platform that combines high-touch patient care, vertical care coordination and delivery, and a highly scalable technology backbone. We believe this differentiated model facilitates members receiving the right care at the right time in the most efficient setting. CareMax has become the platform of choice for payors, providers, and patients. Working collaboratively, we believe that the success that CareMax has experienced regionally can be replicated to other markets across the country.”

“We look forward to this next, exciting phase of our growth as a public company,” said Mr. de Solo. “We created the CareMax platform to address a fundamental flaw in our nation’s healthcare system: the current fee-for-service business model is failing the elderly and the taxpayer. By interceding early on the primary care level, we have demonstrated that we can improve patient outcomes and lower senior healthcare spending through the prevention and management of chronic disease. We expect to grow organically and via acquisition, while remaining focused both on providing the highest level of patient care and delivering long-term shareholder value. We believe our pipeline for acquisitions remains robust as providers seek to align themselves with our model of value-based care.”

CareMax focuses on providing access to high quality care in underserved communities, with approximately 65 percent of its Medicare Advantage patients being dual-eligible and low-income subsidy eligible as of December 31, 2020. CareMax has contractual relationships with some of the largest and most established payors in the industry.

CareMax’s comprehensive, high-touch approach to health care delivery is powered by its CareOptimize technology platform, a proprietary end-to-end technology solution that aggregates and analyzes data using artificial intelligence and machine learning to support more informed care delivery decisions and to focus care decisions on preventative chronic disease management and the social determinants of health. The CareOptimize technology platform also provides CareMax with a national reach beyond its South Florida presence. As of December 31, 2020, the CareOptimize platform was used by approximately 20,000 providers in more than 30 states, including IMC, which CareMax believes will facilitate the integration and operation of the combined company while also providing a pipeline for potential future acquisitions.

The business combination was funded by approximately $144 million in cash held in the DFHT trust account, over $400 million through a private placement in public equity including Deerfield, Fidelity Management & Research, LLC, Eminence Capital, LP, funds and accounts managed by BlackRock, and Maverick Capital, and $125 million in debt financing through a $185 million senior secured credit facility, with RBC Capital Markets, LLC and Truist Securities, Inc. acting as joint leading arrangers and joint bookrunners for the facility. Total cash consideration payable to the equityholders of CareMax Medical Group, L.L.C. and IMC was approximately $229.4 million and $85.2 million, respectively, net of debt and subject to ordinary adjustments, representing approximately 68% and 45%, respectfully of the value of each business.

CareMax’s Board of Directors is comprised of healthcare industry veterans, with specialties in managed care, process improvement, audit, investing, government, and research.

“We are pleased to welcome these individuals as members of CareMax’s Board of Directors,” said Mr. de Solo. “Their knowledge, insight and experience will be invaluable as we begin this period of transformation and continue our growth and evolution as a provider of senior-focused value-based care and chronic disease management in Florida and across the United States.”

The Board of Directors is comprised of the following individuals:

Richard Barasch has served as DFHT’s Chairman since May 2020 and will serve as Executive Chairman following the closing of the business combination. Mr. Barasch was formerly Chairman and CEO of Universal American Corp., a publicly traded health insurance and services company focused on the senior market and government programs, from 1995 until Universal American’s acquisition by WellCare Health Plans in May 2017. He also serves as Chairman of AdaptHealth Corp. (Nasdaq: AHCO), which went public in 2019 via a business combination with DFB Healthcare Acquisitions Corp, and is a founding partner of RAB Ventures, formed to invest in growth healthcare companies. Mr. Barasch serves on the Board of Trustees of the Maimonides Medical Center in Brooklyn, New York. Mr. Barasch graduated from Swarthmore College and Columbia University Law School.

Carlos A. de Solo is the President, CEO and a co-founder of CareMax. He has served in those capacities since May 2011. Before co-founding CareMax, he served as COO and partner of Solera Health Systems, LLC, a startup managed healthcare company. Mr. de Solo also serves as a board member of the Coral Gables Hospital. Mr. de Solo received a B.B.A. in Accounting and Finance from Florida International University.

Dr. Jennifer Carter is a board-certified internist and healthcare entrepreneur with over 20 years of experience evaluating existing and emerging markets, new medical technologies and early-stage companies in the healthcare field. She is currently Managing Director of JLC Precision Health Strategies, LLC, a strategy and innovation consulting company that advises data-driven healthcare and life science companies on their commercial and financing strategy and the development of novel products and services. In 2018, Dr. Carter founded TrialzOWN, Inc. and was CEO until its prelaunch acquisition by Integral Health (now Valo Health) in 2019. Dr. Carter has a B.S. in Molecular Biophysics and Biochemistry from Yale University, an M.D. from Harvard Medical School, an M.P.H. from Harvard School of Public Health and an M.B.A. from the Sloan School at Massachusetts Institute of Technology.

Before he retired on March 31, 2021, Jose R. Rodriguez was a senior audit partner at KPMG LLP (KPMG). During his career at KPMG, he held various leadership positions, including as lead director of the board of directors, COO of KPMG International’s global audit practice, office managing partner, leader of its Audit Committee Institute (ACI), east region professional practice partner and, most recently, ombudsman. Mr. Rodriguez brings to the board in-depth knowledge and understanding of generally accepted accounting principles, experience in auditing and SEC reporting, mergers and acquisitions, familiarity with the responsibilities and functions of audit committees and expertise in corporate governance. Mr. Rodriguez received a B.B.A. with a major in accounting from the University of Miami.

Hon. David J. Shulkin, M.D., a board-certified internist with executive healthcare management experience, has served as an independent director of DFHT since July 2020. Dr. Shulkin served as the ninth United States Secretary of Veterans Affairs from February 2017 to April 2018 and the Under Secretary of Veterans Affairs for Health from July 2015 to February 2017. Before arriving to such appointments, Dr. Shulkin was CEO of various leading hospitals and health systems, including Beth Israel in New York City and Morristown Medical Center in Northern New Jersey. He has held numerous physician leadership roles and academic positions, and founded DoctorQuality, one of the first consumer-orientated sources of information for quality and safety in healthcare. Dr. Shulkin received his M.D. from the Medical College of Pennsylvania, did his internship at Yale University School of Medicine, and his Residency and Fellowship in General Medicine at the University of Pittsburgh Presbyterian Medical Center. He received advanced training in outcomes research and economics as a Robert Wood Johnson Foundation Clinical Scholar at the University of Pennsylvania.

CareMax is a technology-enabled care platform providing value-based care and chronic disease management to seniors. Collectively, CareMax operates 26 wholly-owned medical centers that offer a comprehensive suite of healthcare and social services, and a proprietary software and services platform that provides data, analytics, and rules-based decision tools/workflows for physicians across the United States. Learn more at www.caremax.com.

Would you like to learn more about CareMax and how we can help your health?